Published work for These Football Times, Get German Football News, Le Grove, Up The Mighty Pool and The Cynic.

Podcasts for Up The Mighty Pool.

Looking for work experience, freelance opportunities in the sporting world at any level in any occupation. 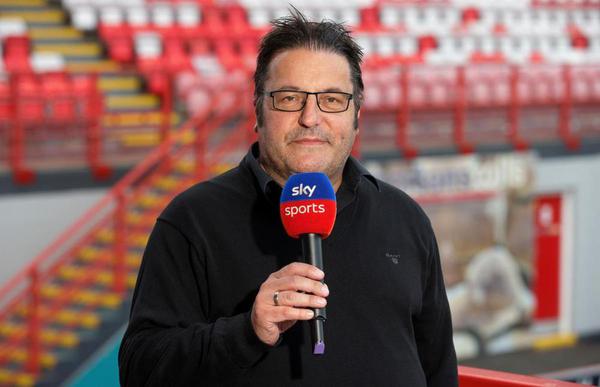 When you think of Scottish football coverage, you think of Ian Crocker. The Weymouth-born Englishmen arrived in the Scottish game without any affinity for what it had to offer, and stands today as the voice that defines it. Renowned commentaries decades old still recited to him as he walks the streets of Glasgow, with the romanticism of tribal lines standing the test of time in a country that lives and breathes the game Crocker has adopted. It was not always the Scottish game for Crocker. His h 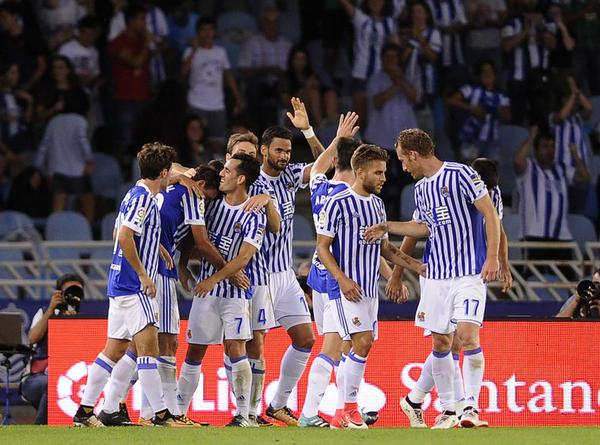 In a game between two sides renowned in Spain for having a positive, good on the eye playing style you would have expected an expansive, end to end game of football but it was simply not the case. Villarreal’s luck had ran out before a ball had even been kicked with Antonio Rukavina adding himself to the long line of key players injured for the Yellow Submarine an hour before kick off. This meant that Alvaro moved across from centre half to right full back with fringe defensive midfielder Alfred 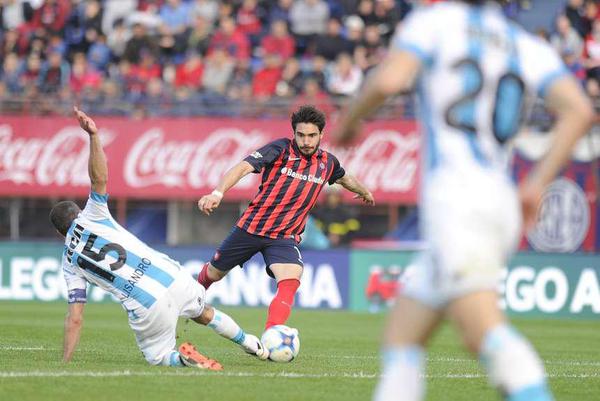 San Lorenzo and Racing Club had a share of the spoils as their opening Superliga game ended 1-1 in the Nuevo Gasómetro after Ezequiel Cerutti’s goal cancelled out Lisandro López’s opener. 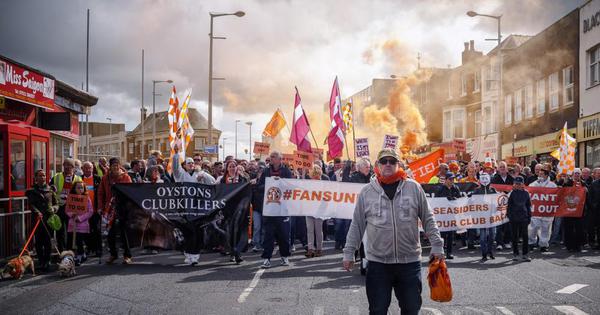 SINCE THEIR INCEPTION IN 1887, Blackpool Football Club have firmly rooted themselves in the deep sacred grounds of English footballing history. Forming after two local football sides came together to create a collective club to represent the town as a whole, Blackpool won two pieces of silverware in their first season of existence, the Fylde Cup and the Lancashire Senior Cup respectively. This put the Seasiders on the map in Britain and, after their inclusion in the Lancashire League created in 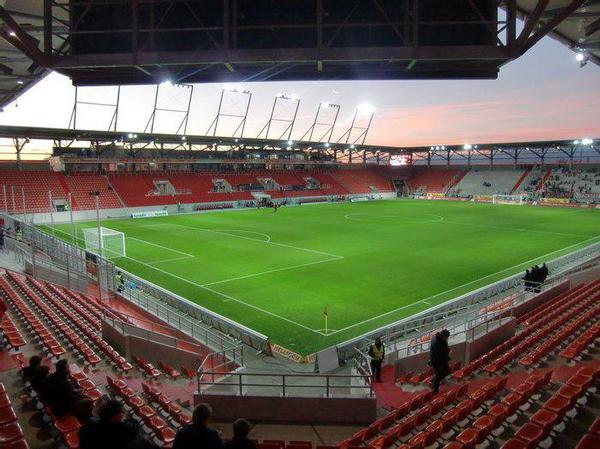 With the final whistle blown and a 2-1 home defeat to Wehen Wiesbaden behind them, FC Ingolstadt will begin life back in 3. Liga, a division they thought was long behind them just a few years ago. Yet, three years on from the midtable Bundesliga finish under now icon Ralph Hasenhüttl, the club finds itself languishing in obscurity once more. Since Hasenhüttl’s 2016 summer departure to RB Leipzig, Ingolstadt have appointed seven managers, averaging a new manager every five months, giving some in 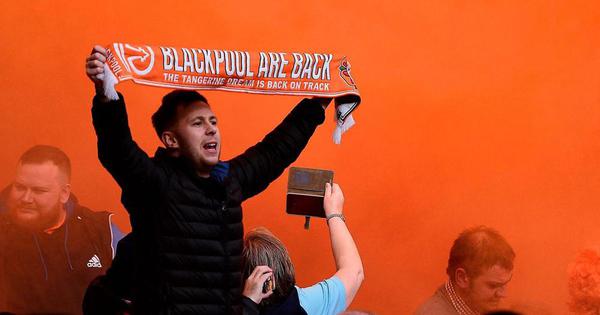 The path out of hell: how a new regime at Blackpool finally has the club looking forward again

There we were: a room of around 80 Blackpool supporters given free rein to ask questions to a brand-new owner of the club, an owner who spoke of top-class training facilities, five-year plans and £10m investments. And it was real life. A fresh reality dawns across the Fylde Coast these days. With the arrival of lifelong fan, Hong Kong-based businessmen Simon Sadler, Blackpool Football Club sees a future where it belongs. Saddler talks passionately and knowledgeably about his five-year plan to c 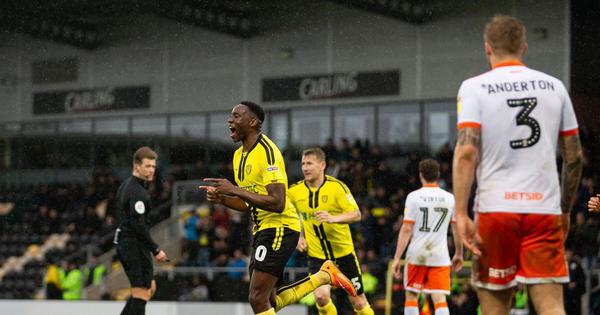 Blackpool will look to build on a resilient performance against AFC Wimbledon without two key men as they face bottom of the league Burton Albion at Pirelli Stadium. The Seasiders go into the game in 18th place in the League One table on seven points, whilst the Brewers are one behind on six. Bolstered by a new addition to the coaching staff in the form of Colin Calderwood who was today announced as our new Assistant Manager, Neil Critchley will be hoping to come away victorious as the pressure 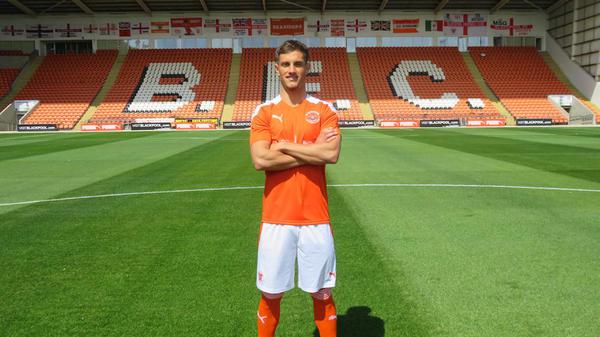 Blackpool finally ended a run of 22 away games without victory by defeating Burton Albion 2-1 at Pirelli Stadium. Jerry Yates opened the scoring with a smart finish into the bottom right corner of Kieran O’Hara’s net, before a Daniel Gretarsson debut own goal levelled proceedings. After a foul on Marvin Ekpiteta, Jerry Yates dispatched a penalty calmly to secure the three points for Neil Critchley’s side. We really needed that. Whether or not you were backing the manager before this game, we al 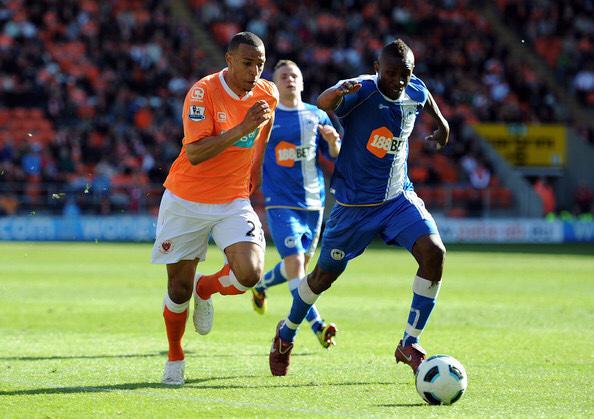 Blackpool will be looking to build on an impressive 2-1 away victory at Burton Albion at the weekend as Wigan Athletic come to Bloomfield Road. The Latics sit 21st place in the League One table following a fairly poor start to the season and the Seasiders will be hoping for get consecutive victories for the first time this season. We have a real chance here to build some positive momentum and belief that we are on to something. Wigan are in a pretty lowly place and, given the reaction to our wi 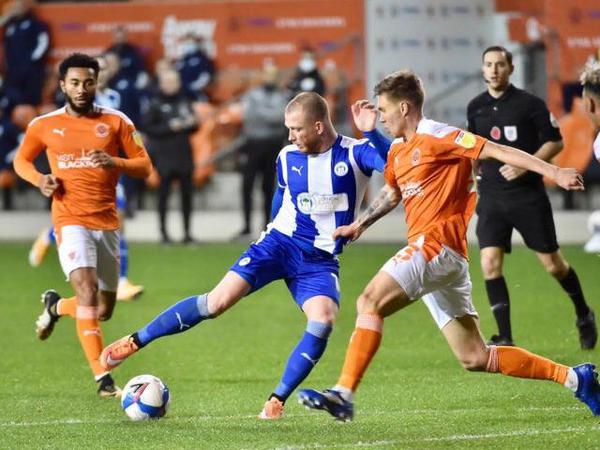 Blackpool achieved successive victories for the first time this season after beating Wigan Athletic 1-0 at Bloomfield Road. Sullay Kaikai was the second half match winner with an instinctive finish in what was a relatively comfortable night for the Seasiders. The Latics came into the game more in the second half as Neil Critchley’s side sat off into a defensive shape, but the Tangerines managed the game well and made it nine points out of a possible twelve in the League over the last 16 days. I 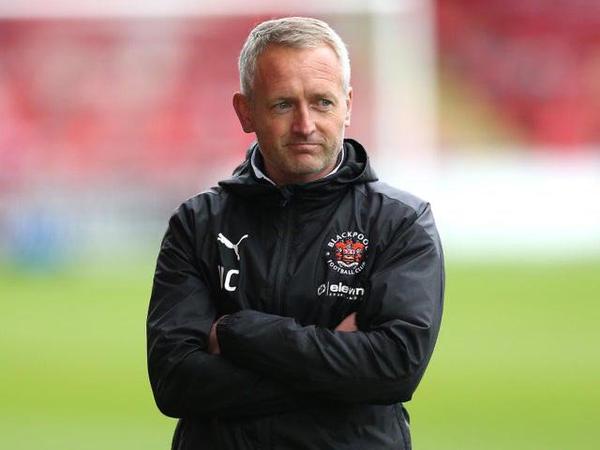 Blackpool will be looking to continue their run of consecutive victories as they face non-league side Eastbourne Borough in the FA Cup First Round. The Seasiders will be away from home at an empty ground after all Round One fixtures were banned from having spectators. Neil Critchley will potentially look to rotate his side ahead of fixtures against Peterborough and Doncaster to come. However, with an EFL Trophy fixture in midweek too, he may chose to keep the momentum going and go full strength. 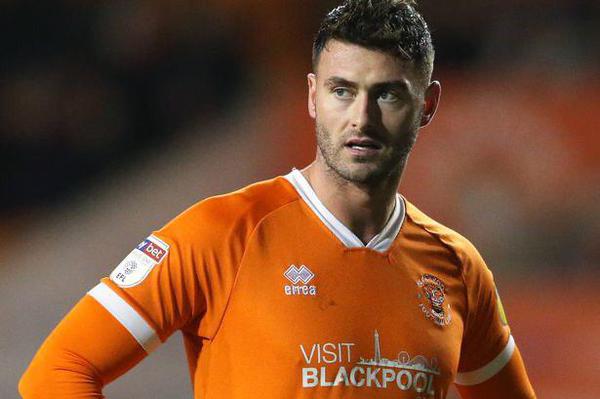 Blackpool put in a comfortable, convincing display to breeze past Eastbourne Borough to book their place in the 2nd round of the FA Cup, live on BT Sport. The Seasiders weren’t able to take advantage of their chances in the first half, despite a dominant display. However, they pulled ahead of their National League South opponents through a fine double from Gary Madine, before Jerry Yates sealed it to make it three wins a row for the tangerines. That is exactly what you wanted to see in a game l 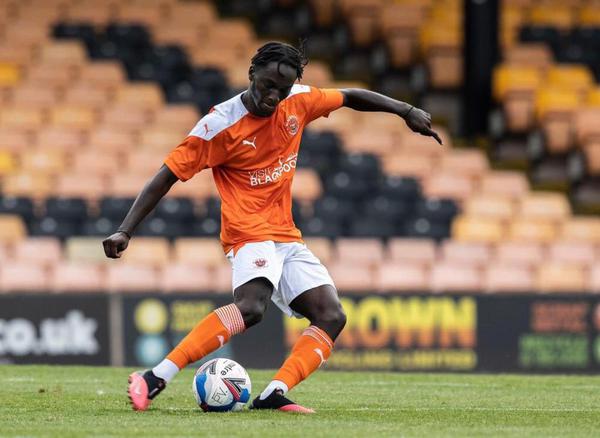 Blackpool made it four victories on the bounce and three successive clean sheets in all competitions after comfortably breezing past Leeds United U21’s 3-0 at Bloomfield Road. The Seasiders dominated most of the proceedings with Dan Kemp finishing off a fine Bez Lubala move to open the scoring, before a Cohen Drameh own goal doubled the lead. Neil Critchley’s rotated side went down to ten men after a Cameron Antwi challenge saw him sent off, although that didn’t stop Ethan Robson bending a fabul 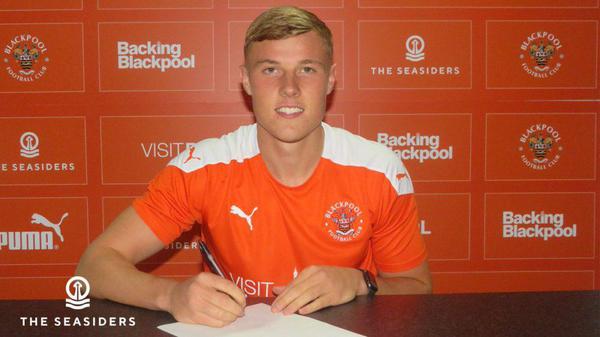 Young Arsenal defender Daniel Ballard has recently gone out on loan to League One Blackpool and we caught up with Sean McGinlay from utmp who gave us an insight into the young Northern Ireland international’s impact so far at Bloomfield Road. Daniel Ballard is someone that has come to Blackpool with a lot of promise. At the age of 21, he didn’t have much first-team experience before this season having only made one start for Swindon Town, but is already a Northern Ireland international having c 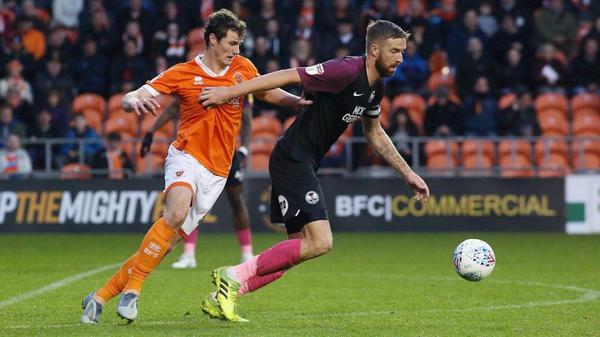 The Seasiders will be looking to continue their fine run of successive victories as they head to London Road to face table-toppers Peterborough United. Posh head into the game off the back of a surprising 2-0 defeat away to Crewe Alexandra. Blackpool boss Neil Critchley will be hopeful that his side can put in a performance to show his side are capable of fighting at the top end of the table. I’m quite looking forward to this one. It’s the test that we’ve all been anticipating for this Blackpoo 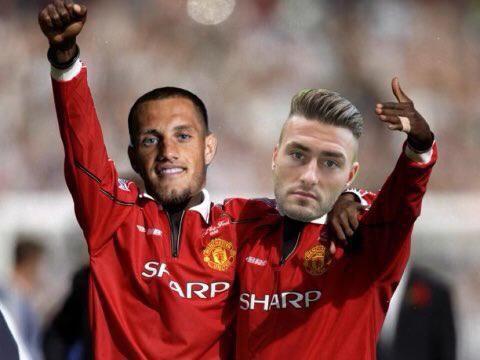 Blackpool made it five wins in a row from all competitions after a superb victory against table toppers, going into the game, Peterborough at London Road. The Seasiders opened the scoring through a composed finish from Jerry Yates early in the first half. Posh fired back with five minutes of normal time remaining through a Frankie Kent header, before a late winner from Gary Madine gave Neil Critchley’s side all three points. This game was the acid test we had all been waiting for and we well an 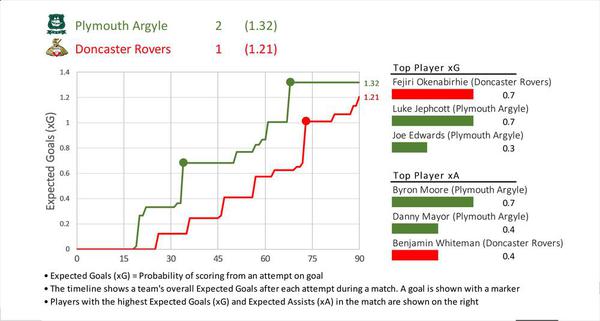 Doncaster will be looking to take advantage of some promising performances heading into their game against The Seasiders at the Keepmoat Stadium on Tuesday. The Yorkshire side have won only once in their last five League games, but strong displays against Lincoln and Sunderland respectively have given them a new sense of optimism. Doncaster tend to line up in a 4-2-3-1 and look to exploit the wide areas where possible. They feed off of individual quality through the likes of Ben Whiteman and Fe 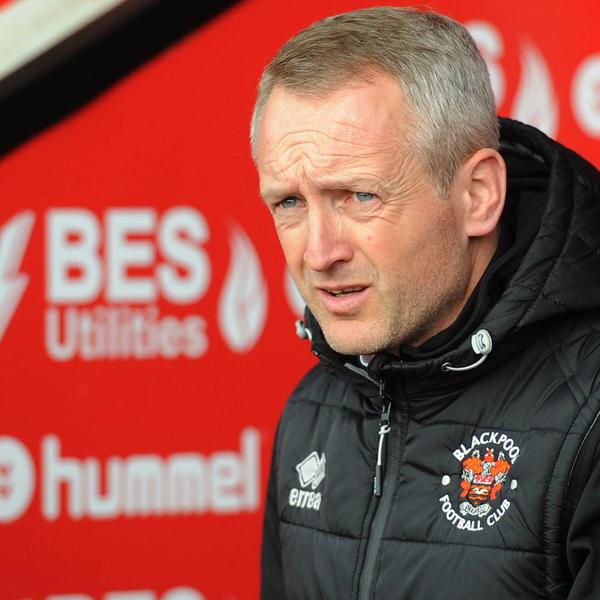 Blackpool left the Keepmoat Stadium frustrated after a second half collapse allowed Doncaster Rovers to come from 2-0 down to win 3-2. Two goals in a superb first half display saw the Seasiders cruising heading into the break. However, two goals in four minutes early in the second half saw the Yorkshire side draw level before a 76th minute controversial penalty gave Donny all three points. What a frustrating night that was. The first half saw Blackpool’s best performance of the season. Our orga 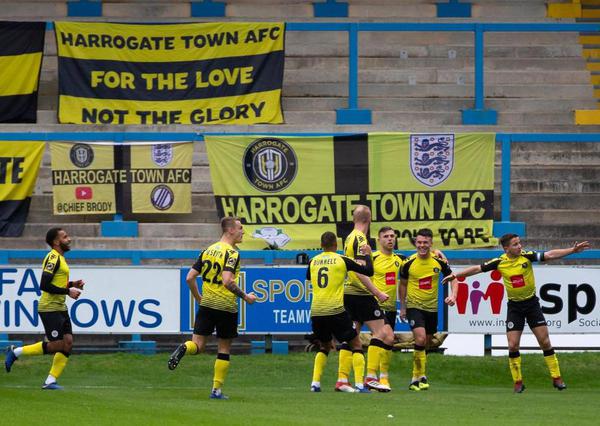 Harrogate Town will be looking to spring a cup upset this weekend as they face a Blackpool side fresh off an unfortunate 3-2 defeat to Doncaster. This is Harrogate’s debut season in the Football League, following their National League play-off victory in the summer of 2020. They will be hoping to take some momentum in the fixture after an impressive 1-0 victory against Nigel Clough’s Mansfield on Tuesday night. How do Harrogate set up? Harrogate predominantly play a 4-4-2, setting up with a de 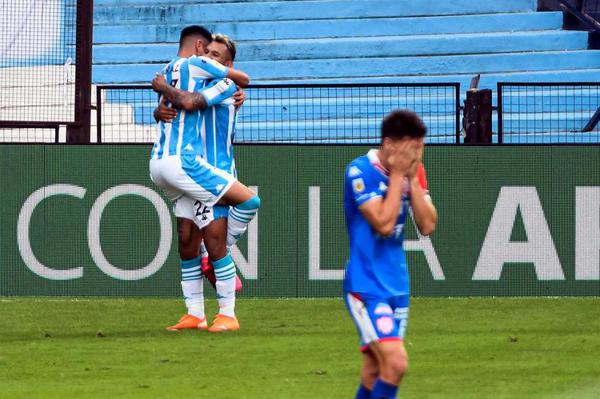 A weakened Racing side held out to pick up their first victory in the newly-named Copa Diego Maradona 1-0 at home to Unión. The Estadio Juan Domingo Perón side are already out of the competition, having lost the rest of the games in their group, and with a midweek Copa Libertadores outing against Flamengo coming up, there were a number of changes.
Load More Articles
Close ✕